Jarvis Cocker and Steve Mackey have played many DJ sets under the name Desperate Sound System. They also used the name for club nights that they have organised. These nights featured a flexible roster of DJs and occasional live bands.

The first Desperate event took place at the 2001 Homelands Festival. A series of club nights and standalone DJ sets followed on from this up until about 2003 when they became less frequent. 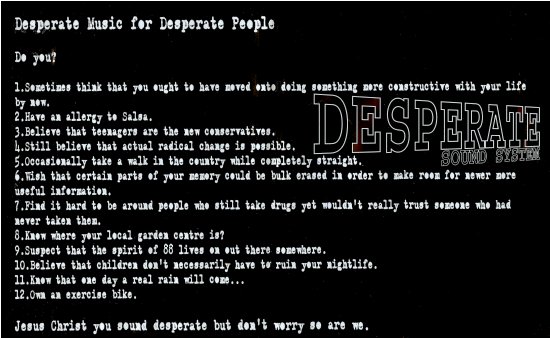 Retrieved from https://pulpwiki.net/Jarvis/DesperateSoundSystem
Page last modified on May 26, 2008, at 10:35 PM