Taken from The Quietus: [http://thequietus.com/articles/14998-pulp-his-n-hers-review-anniversary/]

Our man in Orange County Ned Raggett once more offers the American perspective; this time on the album that signposted Pulp's ascendency to the outsider pop throne. 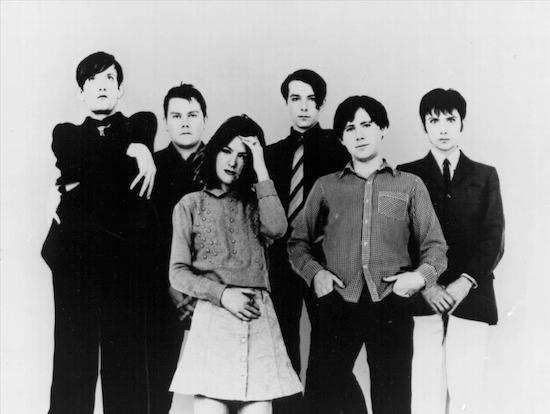 I still have the issue of Volume - a CD case sized magazine that also included a CD, a way to actually HEAR so many of those acts Melody Maker et al were talking about - where I first saw Jarvis Cocker and learned about Pulp, back in late 1991 or so. According to the article, they had been around forever (ie, a decade), and I'd never encountered them anywhere before that point. It came with a series of quotes from Cocker, that were mostly about space travel and ideas about what life would be like in the future. I was confronted with a photo of a stick-like guy with heavy bags under his eyes, kinda strange hair, striking a pose in front of various extrusions of concrete wearing an outfit that included a pretty ugly striped sweater shirt of some sort. Damned if I knew what to think.

Damned if most of us in America that paid attention to such things knew what to think. There were always going to be outliers but that was probably the key way Stateside that at least a chunk of the Anglophilic Nation found out about Cocker, about Pulp, and heard a certain song; he very good 'She's Dead', from Separations, recorded some three years previous, was only just getting released then. And that was still a Hell of a small set of folks at most. We didn't know what to think about this kind of thing unless we were really on top of our British-identified game. Huh...is this something to do with that Oxfam thing, this look? Something about thrift shop clothes?

Which tells you a little something about how it's easy to miss the obvious in America, when it comes to class, location, accent, birth, what you have versus what you are seen to have. It's easy if you can afford it or lucked out with it, and believe me, those blinkers are hard to kick off. Those who consistently and rightly pointed out then and now that class and everything else was present and exercising its pitiless reign here in the Good Old USA were always going to be drowned out. They were going to be shouted down by those who thought that Horatio Alger wrote nonfiction, who missed Steinbeck's cut to the quick quote from America And Americans: "I guess the trouble was that we didn't have any self-admitted proletarians. Everyone was a temporarily embarrassed capitalist." That Pulp suffered no illusions on the matter could be missed because the music - the music! Man, that was some great music.

So by the time I had seen Pulp starting to appear all over the British press, get the major label deal, and get a full album released in the US I was a little more primed, but not necessarily that much more conscious. Again, easy to miss even when I read the liner notes and saw that line "NB: Please do not read the lyrics whilst listening to the recordings." It never occurred me to all that maybe that also meant the lyrics could be worth a look see in their own right away from a listen, a not entirely required converse. I just thought, "Oh okay" and listened to the music as I normally did anyway, not really paying too much attention to the lyrics even as they seeped in around the corners, and still not quite getting it. "Ha, this 'Joyriders' song! Wonder what 'joyriders' are anyway?"

Again, the music. I think it helped I was already a huge Soft Cell freak by that point; even now hearing the way Candida Doyle's keyboards shimmer in on the chorus of 'Have You Seen Her Lately?' somehow just makes me think of these other things I appreciated sonically while not always getting the contexts, an idea or a pleasant dream of faded seaside glamour of some sort, cheap and cheery and shot through with melancholy and a little dark bitterness. The way the singles moved: 'Babies' and its breezy intensity from Cocker, that great choppy guitar line surrounded by synth squeaks, building up to a suddenly slow descending chorus that culminated in triumphant shouts. 'Lipgloss''s hyperactivity stopping short then fully charging into its own chorus, and of course 'Do You Remember The First Time?', the song with perfect line after perfect line, the song that would have been the anthem of anthems for them if things had somehow ended then and there.

Very... Springsteen, it turned out. Not that I wanted to admit to that either (I mentioned I was Anglophilic; while hardly Americanphobic, I am definitely not Bossphilic). In the liner notes to the reissue years later, with the requisite bonus tracks, Cocker said in reference to a demo version of B-side 'The Boss' that, yup, it was named because they thought it had that feeling of a dude from Jersey and his cohorts, and I remembered going, "Ah, fuck." Like so many other bands of recent years turns out that whole Wall-of-Sound-goes-rock thing was pretty heavy in their minds too, the difference being I liked Cocker's apparently cryptic pronouncements and deeper conversational voice and all those other things that might be something the Broooooce fans are all about in their own way. Then again it wasn't just that either, as both press mentions and Cocker's own thoughts offered up people from Serge Gainsbourg to all these unknown-to-me English crooners amid more familiar names.

And somewhere along the line clearly there was also Roxy Music, and that sealed the deal, really. A violinist in the form of Russell Senior as part of the overall lineup, readily audible on songs like the amazing 'Acrylic Afternoons'? I had only just finally heard the stretch of Roxy albums featuring Eddie Jobson in the previous few years, and thought 'Out of the Blue' from Country Life was a perfect anthem too. Here was an English band talking about glamour and sex (aren't they?) in a way that makes me feel like a little of that had rubbed off on Pulp. That was the point, or so it seemed, except that maybe I was completely wrong... Ferry was playing the gentleman almost too well by that point and even more so with time; his angst was ultimately very personal. Cocker's could be too... but not just for himself. If Ferry looked to Hollywood, Cocker never forgot Sheffield; its contexts, its people, its scenarios. There was a lot of humour in the songs but it was so bitter as well, and it was literally staring me in the face... if only I'd bothered to read those lyrics.

Yet, again, why? Not when I could just trip out on the manic intensity of 'She's A Lady', disco acceleration via Moroder to a certain degree and 'I Will Survive' to a clearer one, the equally driven pulse evolving into a kick and punch of 'Pink Glove', Cocker's breathiness accentuated by guitars both scraping and slashing all while filling in rather than sprawling over the mix, Doyle's keyboards the sweet extra moment of transcendence, or the spotlight turns of 'Happy Endings' and 'Someone Like The Moon', something that sounds like it should be soundtracking the end of a night in a Butlins holiday camp, light sparkling off the stage tinsel, violin adding just enough elegance to the proceedings. Or at least, now I sense that it should soundtrack such a thing, now that I know just a little more of what that would have meant, what that signified, what it was supposed to be, the escape route to a little something more and something elsewhere for a generation of... regular folks. 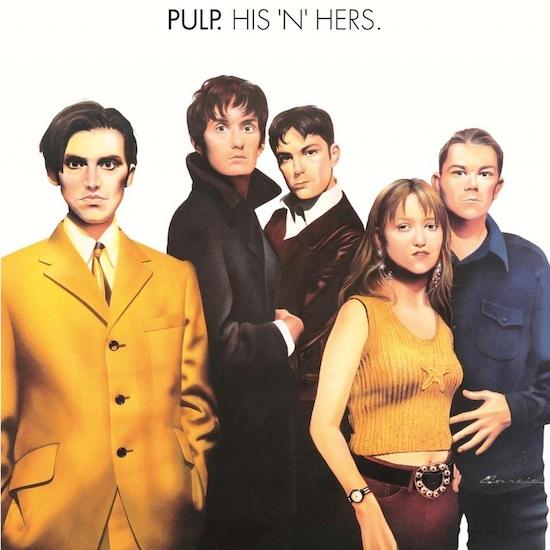 Speaking of which. Later in 1994 I saw Pulp for the first time, their first appearance in LA, opening for Blur's Parklife tour Stateside (as they also did in the UK). I'd seen Blur once already at the same venue, a slightly anarchic show in 1992, with the band clearly not in the best of spirits but making a lot of chaotic noise nonetheless. This time around they were more restrained, professional even, pleasing the crowd but not bowling them over. But that was likely because they had already been blown off the stage: Pulp's show was a scene stealer. Whatever awkwardness I remembered from that 1991 photo wasn't apparent there, Cocker pulling off a great performance and the rest of the band right there with him, going through His 'n' Hers songs and a couple of others with aplomb. Then at some point Cocker said something like "We're going to play you a new one, just wrote it recently" or the equivalent. (They had only just premiered it to a wider public via a John Peel session a couple of weeks earlier, but who knows how far tapes would have circulated over here by that point.) Six minutes later and the audience was SCREAMING, everyone just completely lost it - 'Common People' had blown all our minds and I was thinking "GODDAMN WHEN IS THIS COMING OUT." Not that I gave too much thought, again, to all of what was being sung. Just another American taking a cheap holiday in someone else's misery, I guess.

Retrieved from https://pulpwiki.net/Pulp/BossTunesPulpsHisNHers20YearsOnTheQuietusApril22nd2014NedRaggett
Page last modified on May 06, 2014, at 07:14 AM