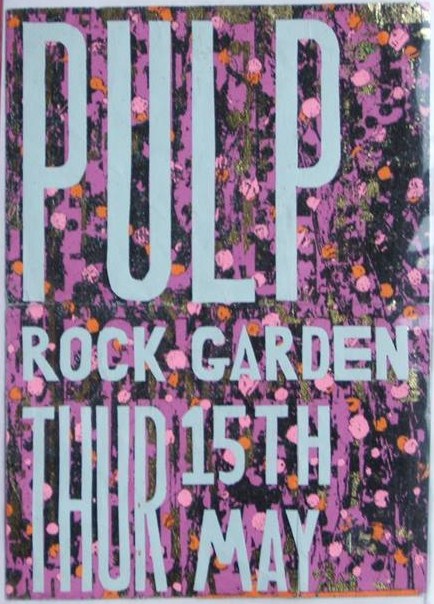 AN oddball bunch, Pulp. A National Health-spectacles climbing frame inside a second-hand suit with a blissful deep-throated voice like a dark angel or at least Scott Walker; an unsmiling undertaker on second guitar and violin; a drummer who looks like Andy Pandy and a girl behind the keyboards whose face stays perpetually behind one of several cakky pop-art posters dangling from the ceiling.

They open with a dizzy violin drone that develops into a thrash before suddenly breaking into the exquisite Sixties' balladeering mode of "Little Girl (With Blue Eyes)", 1985's most unrecognised, most unloved 45. What we hear is a brilliant new pop group, another desperate hope for pop 1986 to stay free of its conventions.

Pulp are going to get up a lot of noses from now on. People will find the detached passion of "97 Lovers" and "Dogs Are Everywhere" morose and self-indulgent and the lurching rhythmic swing between the thrashing passages and the trembling crooning too great a challenge, especially if they hate Jacques Brel in the first place. "By the way, I'm master of the universe," Jarvis says at one point. At least hear him out. 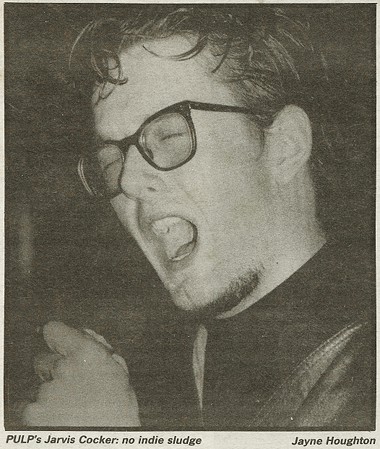 PULP CAN seem like a drawn out series of whispers at the best of times, but these nimble urchins come loose as a goose, perfecting the art of unclear melodies and imprecise steel and sulphate Velveteen mayhem.

Of all Lou's lost sheep, these are the oddballest of the lot. Some show-off shambling electric busk through a Peter Pan world of scatty, scrappy charm. Often harrowing, they nevertheless give this greatly soothing impression that their rasping, barbed energies are more and less than words. They give this impression that, for their purposes, disintegration is as much pop as (say) neat rhyme, fast fun, sidewalk skips, the light of mischief, girls who read Henry Miller on the Underground, sharing gum, all these things.

If we're dragged into the rubber-room with the opening 'Little Girl', the truest lust song ever written, we're let out at the end with the new smooch 'Dogs Are Everywhere'. Jarvis Cocker now escaped from his wheelchair and sounding like a miracle mix of Scott Walker and Ernie & Bert. Best of all is violist/occasional guitarist Russell who stares like the mad one from Sparks.

Pulp have to decide between the charts and the asylum before much longer, because this ain't no indie sludge. Pulp are a mouthful of eyeballs scraped against your insides and it's here that the comedy bulges. They were the best band in the otherworld tonight