Throughout the years, particularly the 1990s when they were at the peak of their popularity, lots of Pulp merchandise (both official and unofficial) was sold online, in shops, at concerts and given away as competition prizes. 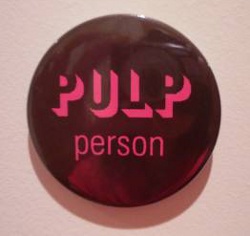 These badges were sold online by the Pulp People fanclub in 1998 and 2001. 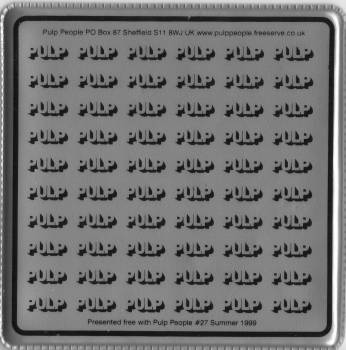 These beer mats, depicting the This Is Hardcore Pulp logo, were given away by the Pulp People fanclub in 1998. 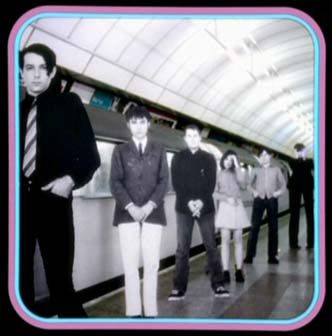 A key motif during the Different Class era, these cut-outs were featured on the album cover(s) and were featured throughout the "Disco 2000" music video. They appeared on stage during Pulp's 1995 live sets, and a cut-out of Jarvis Cocker appeared on the set of TFI Friday (often adorned in various hats by Chris Evans) until the real Jarvis tossed it out a window whilst appearing on the show as a guest. There is no evidence to suggest that these were ever sold to the public, however a Jarvis cut-out was given away in a promotion for the "Disco 2000" single. 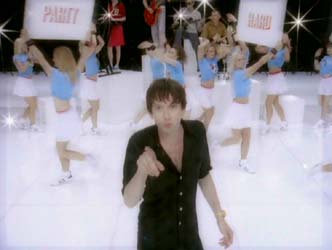 These signs were used by the dancers in the Party Hard video and were given away as competition prizes by the fanclub.

1 of a set of 6 Pulp postcards were sent to Pulp People fanclub members in 2001 then later sold online.
Click here to see the other postcards

T-shirts sold at 1996 tour dates featuring 1 of the 12 Different Class covers on the front and a list of cities on the back. 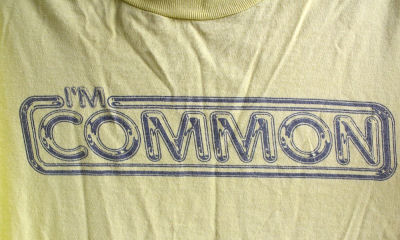 T-shirts of various colours sold in high street stores during 1995.

"This is Hardcore" T-Shirts (official) 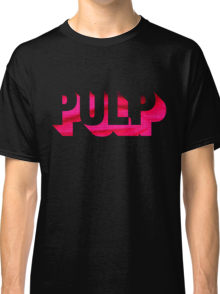 "This is Hardcore" Stamp (official)

"This is Hardcore" Duvet and Pillowcase (official)

Sold by the Pulp People fanclub in 1996.

Other Merchandise from 1996 (official) 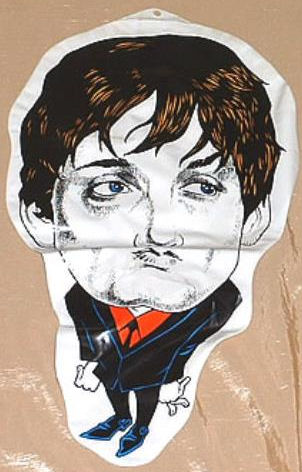 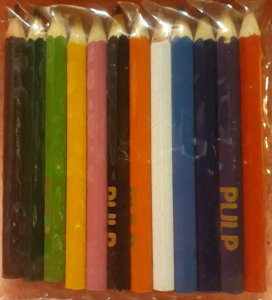