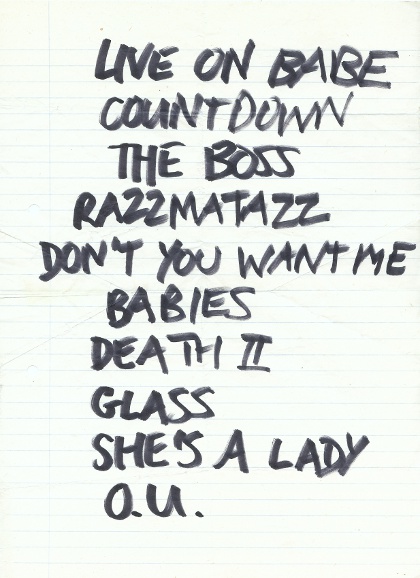 I have deleted the following link, because I don't know of any '95 record store shows. They probably just signed records.

Will, just a thought: Is there any way you can flip the dates on the Live page so instead of scrolling down through them chronologically, you can view them from the most recent gig? eamonn - July 04, 2011 at 01:08 PM

Eamonn: I think that is a good idea. But it is a bit fiddly to do, so I'll have to give it some thought. I didn't really consider the need to look at current/future gigs when I put the page together, because new live dates then seemed such a distant possibility.
Will - July 06, 2011 at 12:14 AM