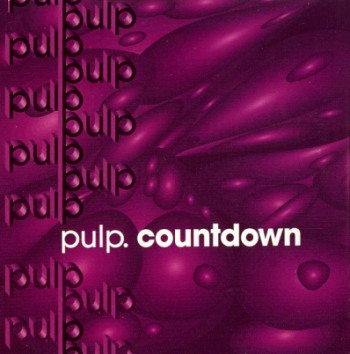 On the CD version the tracks are incorrectly listed on the case in the same order as on the 12" version, when they are in fact reversed. This has led to a common misconception that the extended eight minute version of Countdown is the radio edit.

Pulp are infinitely superior to the rest of the 'we are weird' clan. For a start they seem genuinely bonkers, particularly singer Jarvis who looks like one of the good Lord's genetic mishaps. The last single 'My Legendary Girlfriend' was a minor classic. 'Countdown' however, can be described as nothing other than a disco record skating the thin ice between pop irony and aural torture. I like it, but then I'm a sick man.

Retrieved from https://pulpwiki.net/Pulp/CountdownSingle
Page last modified on November 12, 2011, at 11:51 PM