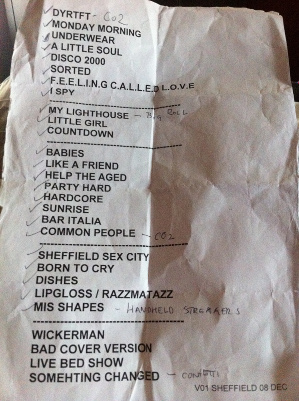 Setlist - shows that Dishes, Lipgloss, Wickerman, Bad Cover Version and Live Bed Show might have been played if it wasn't for the 11pm curfew.

The day that (almost) never happened. A journey back to where it began. May the circle be unbroken – tissues optional.

There was no support band, instead excerpts from 'home movies' were shown. These included:

The show was recorded, apparently for a future DVD release. A complete audience recording is also circulating. 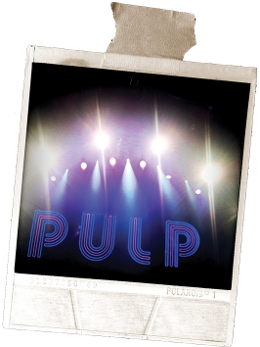 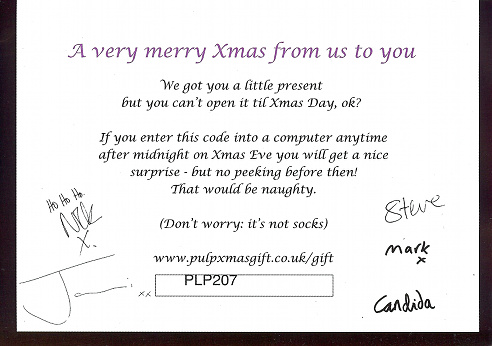 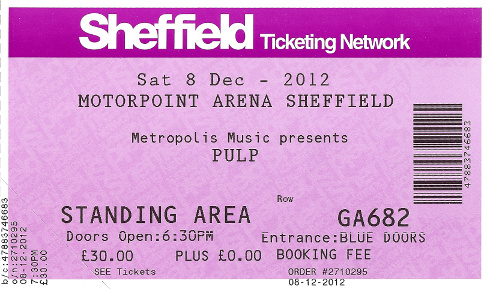 Retrieved from https://pulpwiki.net/Pulp/Live8December2012SheffieldArena
Page last modified on February 03, 2013, at 07:46 PM