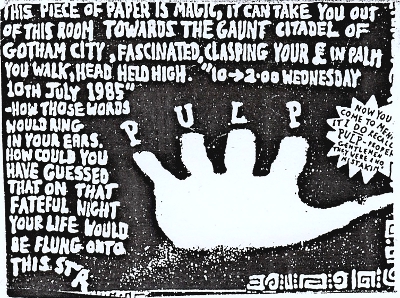 A video recording of this concert was discovered in Russell Senior's attic in 2011 during the making of The Beat Is The Law - Fanfare for the Common People DVD. A 16-minute edited version has been released as a bonus feature on the aforementioned DVD.

The recording was on an obsolete reel-to-reel tape (it was obsolete even when it was recorded in 1985). The camera used was probably a Sony AV-3400 Portapak. Safely digitizing the tape required expert treatment, as there was a serious risk of it disintegrating if it was not handled correctly.

The video contains a rare snapshot of mid-80s Pulp including the only known recording of a long forgotten song called The Day That Never Happened.

The following songs are included on the released DVD footage:
There's No Emotion / The Day That Never Happened / 97 Lovers / The Mark Of The Devil / Anorexic Beauty 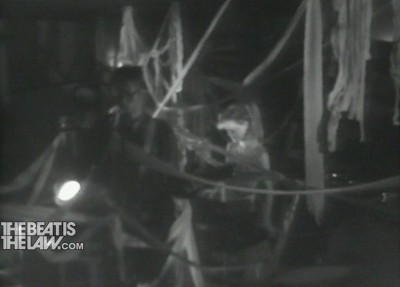 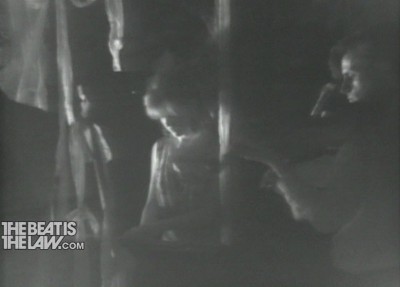