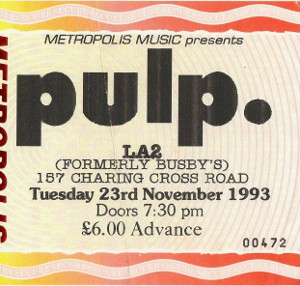 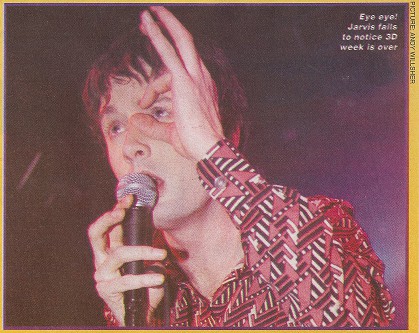 Jarvis Cocker stands on a little raised section of the stage, one finger pointing à la Travolta to the heavens, the other holding the mic delicately between his thumb and index finger. The house lights have been extinguished but you can still make out the singer's silhouette, the affected way he stands with one hip cocked to the left, the way he always pouts, even in the dark.

With a sudden flash of the lights, Jarvis drops his arm, leaps off the platform and lands on his knees and a wailed "oh yeah" ushers in the final swell of guitars that suck 'Lipgloss' to its close. Candida Doyle looks up from her keyboard ever so slightly aghast. This isn't the Pulp she was in a year ago, the oh-so kitsch Pulp that played a half full, chin-scratching Powerhaus. This isn't the Pulp built on inside jokes, cheeky lyrics and skinny-rib jumpers, the Pulp that promised pop, soul and glam in equal measure but delivered cute quirk instead.

This is a Pulp that fills a large ex-disco in the West End with supercharged ex-Neds fans who know all the words to the songs but also leap around, a Pulp who've stumbled upon the secret of writing three and a half minute pop songs after a decade of farting around with violins and silly stage props.

This is a Pulp who've sacked the eccentric 'glamour' of old and invested in more spurts of the same melodic teenage agony that made 'Babies' and 'Razzmatazz' so perfect, new songs like 'Do You Remember The First Time' ("I think the important thing," says Jarvis seriously, "is to get it over with and hope that you'll get better at it") and the perfect salute to afternoon sex that is 'Acrylic Afternoon'. This is a Pulp who have evolved into the last thing you ever believed they'd turn into, despite their insistence that this was always their aim. Pulp, in short, have turned into a classic pop group.

Jarvis still runs through lengthy monologues between songs, mostly about sex, but the songs themselves no longer seem like doodles with antique equipment around Jarvis' lyrical eccentricities. There was always a good tune trying to creep out from underneath the squelching Moogs but sheer ineptitude often obscured it. Now they've harnessed themselves so completely to the bare essentials of their songs that the transformation from curious indie romantics into Chic fronted and directed by Alan Bennett is astonishing.

Suddenly, as 'She's A Lady' roars around the venue and closes the show, everything you've been looking forward to in the future - a new Stone Roses album, the re-emergence of Primal Scream or Spiritualized - seems deeply insignificant. Tonight, at 10.30pm, Pulp could've been the best band in the country.

"OK," says Jarvis, killing the hammy silence that acts as a full stop to the performance, "that's it." And he's right. Pulp were fantastic. 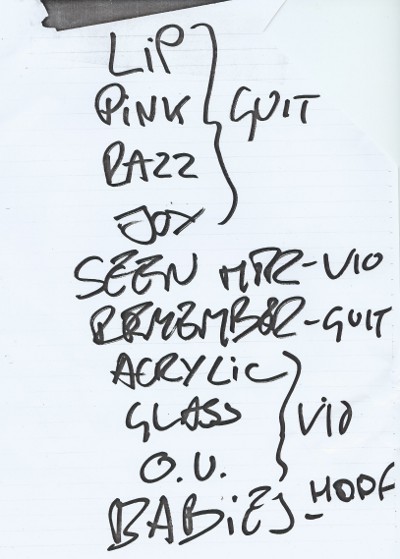 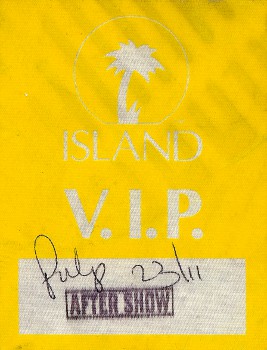