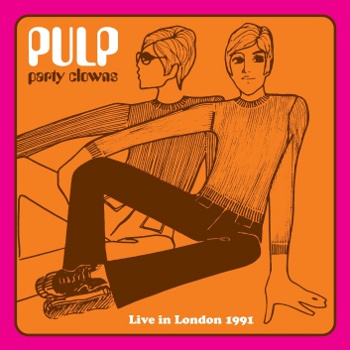 Recorded in 1991 at the tipping point of their fame throughout the 1990's, Pulp perform a glorious set at London's Town & Country Club in Kentish Town. As one of their first ever live performances on UK television, the band performed on a bill titled 'Class of 91'. Along with other emerging talent, in association with the NME, Central Television took the brave decision to record the band at the very point at which they were about to explode onto the mainstream music scene. The NME wrote "Pulp are the party clowns and wisely flaunt the metaphysical red noses with deadpanned glee. Singer Jarvis is to all intents and purposes Frank Spencer auditioning for Saturday Night Fever, and therein lies the essence of Pulp - sartorial catastrophes dressed in funk-splattered overcoats. When they're not getting groovy, the fivesome are manufacturing an absurd brand of pop which is more sly than a fox with a crossbow. Furniture meets Chic and decides hey, maybe we can live together after all".

This amazing gig is an insight to the eclectic roots of the band's musical style. The beginning of this recording even has a flavour of the eccentricity of lead singer Jarvis Cocker, arriving as he did just five minutes before going on stage, having been stuck on a train returning from a stage night in Liverpool. His Rolf Harris-style Stylophone solo needs to be heard to be believed.

The vinyl doesn't fade out between sides, it stops and starts abruptly at exactly the point where the CD tracks end and begin.