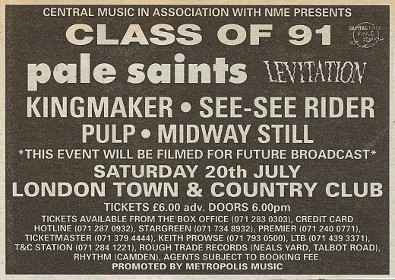 Pulp's set was filmed for Stage One, which was a late-night TV programme showcasing up-and-coming indie talent.

Simon Williams in the NME:

Pulp are the party clowns and wisely flaunt the metaphysical red noses with deadpanned glee. Singer Jarvis is to all intents and purposes Frank Spencer auditioning for Saturday Night Fever, and therein lies the essence of Pulp - sartorial catastrophes dressed in funk-splattered overcoats. When they're not getting groovy, the fivesome are manufacturing an absurd brand of pop which is more sly than a fox with a crossbow. Furniture meets Chic and decides hey, maybe we can live together after all. 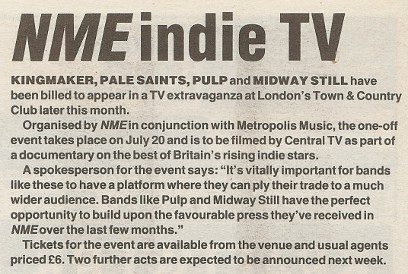 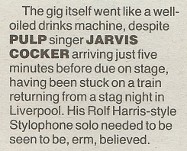 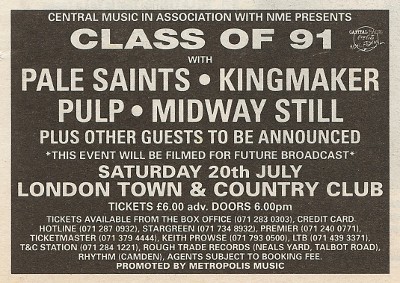