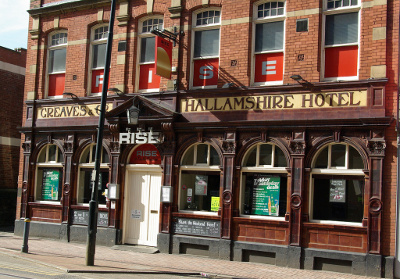 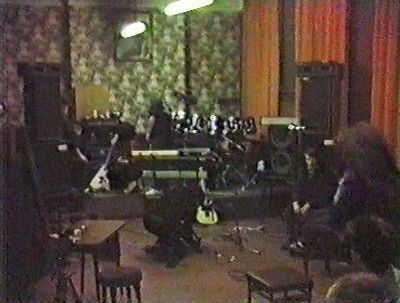 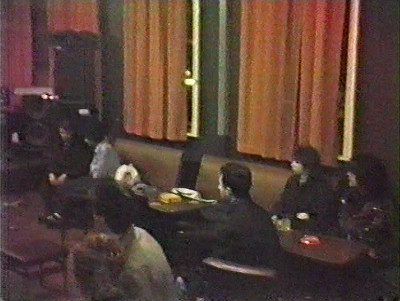 The Hallamshire Hotel was a pub on West Street, Sheffield. The building still exists but it now functions as a bar-restaurant. In the 80s, it was popular with local musicians - Jarvis was one of those who could often be found here - and the upstairs room was a popular place for local bands to play. Pulp are known to have played here 12 times (including twice in one day), although there are likely to have been more occasions, because not all early gigs are known. Jarvis also played here with various early 80s side projects, such as Heroes of the Beach, In a Belljar and the wonderfully named The Jarvis Cocker Explosion Experience.

Pulp gigs at the Hallamshire Hotel